When I read the caption under Issa’s FLAWLESS photos, that were blessed with a solo on the cover of ESSENCE magazine, I was not only floored but quickly sent into yet another moment of self-reflection. Issa talks briefly about her rise in the film industry, and how when she was in the beginning of what she was setting out to do, ESSENCE was the one that put her on her first cover…with “four incredible women” she looked up to. She goes on to say that it was their “”Game Changers” issue and she kept thinking “I can’t believe they chose me”” and how at that moment it was “a nurturing recognition of promise” that she didn’t see in herself at the time.

I can honestly say that I felt Issa on a personal level. To have a sense of self-doubt or being in a place where you aren’t quite sure things are going to work out, and to have someone come along and give you that type of assurance…I have been there. It was refreshing to see someone in her position express such gratitude. For her to allow herself to be vulnerable (yet confident) on a post where she could have simply flaunted her beauty with a fierce caption but didn’t, was a level of humility that deserved to be publicly recognized. Issa, you win again, sis! 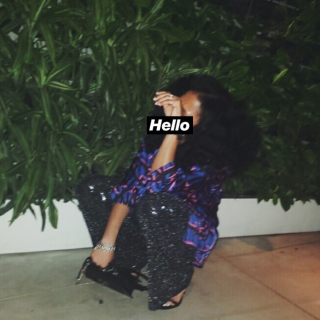 I always have a hard time with “bioS” and “about meS”, and it’s not because I’m some sort of vault or enigmatic individual, it’s just simply because I don’t know what all people want to know. So, I’ll keep it simple. My name is Levia, but most call me Lee, and I like sharing (dishing) the things I come across in life (the deets). From fashion to skincare, life experiences, palate pleasing foods, and my journey in motherhood…it’s a wide range. If you’re here for that sort of thing, then you’re in the right place. Anything else about me, you’ll probably learn via what I post or you couldn’t simply ask, I don’t mind! Thank you for joining me, I’m happy to have you! Luve, Lee